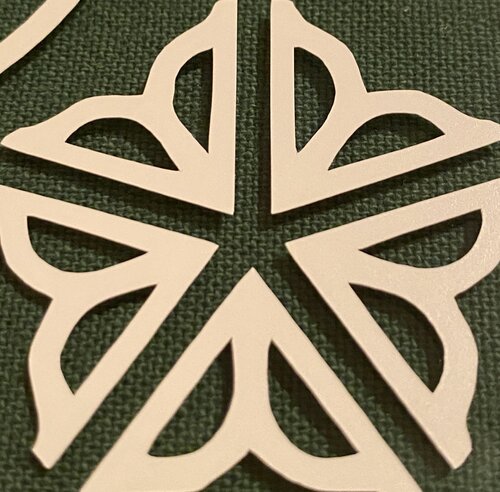 Neighborhood Service Centers allow City government to work directly with neighbors and neighborhoods to solve problems and improve quality of life. The southeast NSC has been tucked away in a temporary space in Village Gate for years, which has proven to be very inaccessible for the vast majority of quadrant residents – especially those without cars.

For more than five years, Mayor Warren’s administration worked on a plan to move the Neighborhood Service Center and police section office into a new building with ample community space. They held dozens of public meetings and received unequivocal support from neighbors and neighborhood groups.

The dollars being requested to bond for this building cannot be repurposed for other projects. Moreover, $2M+ has already been spent on this project over the past several years. And in June, City Council unanimously voted to borrow money for this and several other public works projects. Prior to that vote, I checked in again with many residents and neighborhood groups and found that the project continued to be supported. If the project were to stop now, the money already spent would be wasted, 5+ years of community meetings and promises would be broken, and the remaining dollars cannot be used elsewhere.

I am still fully in favor of reallocating money from RPD so that we begin to have community-centered policing, utilizing social workers, mental health professionals, and community builders instead of relying exclusively on armed patrols. As those new plans are being developed by cities across the country, I hope to see the work of the NSC expand. And I know this new neighborhood-based building will fully be able to accommodate our reimagining of public safety.

I recognize that despite this context many will only see Introductories 314 and 315 as choosing “cops over community.” I hope that people who have followed my work on Council and the Police Accountability Board legislation know that I always work to prioritize community first. Please reach out to me directly if you are interested in discussing further – mitch.gruber@cityofrochester.gov 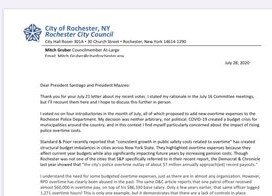 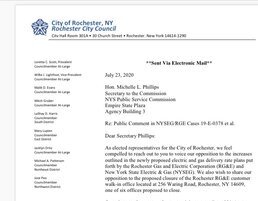 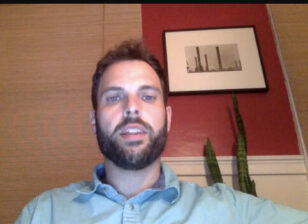 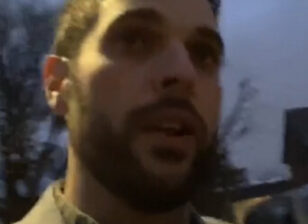